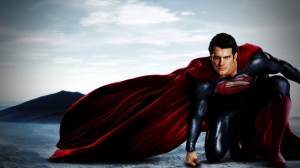 One of things i love about France, is that they have special discounts to the cinema, often. There is a special now, you just have to show a bus ticket and the cost of the film is 5 euros.

One of the things i hate, is the fact that the previews and commercials are more than 15 minutes, but i guess if you get a discount ticket, then you should not complain. i did notice that there is another special starting at the end of this month in which the ticket will be 3.50 euros; unfortunately i will be moving away next month..

Man Of Steel or as i like to call him Superman was one of the most anticipated films this year, so it needed to be better than good; it needed to be extraordinary. The last Superman film, Superman Returns (2006), was very good, except for some casting problems, i loved it.

i had hopes for this film because i thought it was going to be like The Dark Knight films, darker, darker than Superman has ever been, perhaps more realistic, but there lies the problem.

Superman is not realistic; he is an alien, not the kind that sneaks over the border, but more like the E.T. kind of alien, from outer space. He was a child that was sent to the U.S. without his consent and had no choice.

And for me that was the biggest problem of Man Of Steel, sitting through his story again, but rewritten into a way that i did not recognize it.  i do not want to give away the plot, but if you know Superman, then you sort of know the plot, except for all the major changes, which made the story ridiculous.

Initially i thought the terrible casting of Kevin Costner, Russell Crowe and Laurence Fishburne would be the downfall of Superman, but i was wrong on almost all accounts.

Kevin Costner played himself, Jonathan Kent, a farmer and the adopted father of Clark Kent, so he did not have to try to act. Russell Crowe was Jor-El, the Kryptonian father of Kal-El, but he fell incredibly short of the past actors that have portrayed the same character; Marlon Brandon and Terence Stamp were far superior in the role. And Laurence Fishburne was better than i had imagined as Perry White, but i have to admit that Perry White has always been a white character and i hate when they change the colours to fill some agenda. 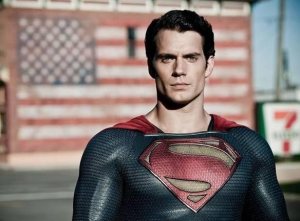 The worst casting decision was Amy Adams as Lois Lane. Which genius thought that she has the balls of Lois? She was too weak to be Lois.

As for Henry Cavill, he looks like Clark Kent and almost like Superman. He definitely has the body of Superman, but the teeth of Clark Kent if he were a British newspaper reporter. In all fairness, he was an excellent choice.

One final thought, this film has so much destruction of the city, yet after the 15 minutes near the end, which could have been deleted, everything is back to normal as though nothing happened.

i am giving it 3/5, which is disappointing for an avid fan of Superman, in fact i even drifted off into my imagination during the film and it was better than the idiotic changes they made. If all you care about it destruction on the big screen while munching some buttery popcorn and drinking a cherry coke, then see it now, otherwise wait for the DVD.

4 thoughts on “Man Of Steel”